Moving beyond the “us vs. them” of agriculture 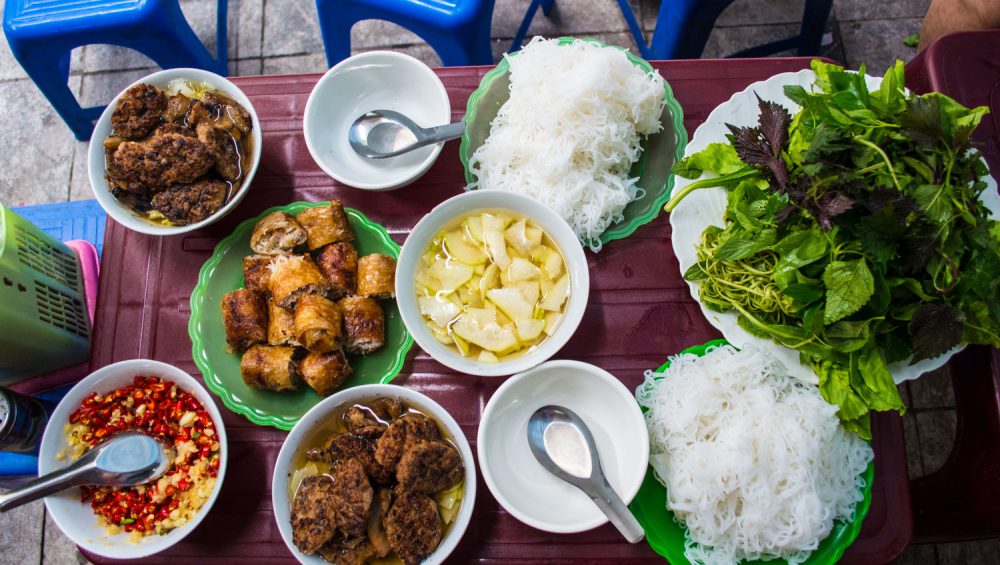 Over the last two months, I’ve traveled thousands of kilometers across four states and two countries, visited a half dozen farms and field days, spoke at two regional conferences, and ran workshops with over 50 farmers, consultants, and agronomists. I also gave pitch feedback to nearly a dozen agtech startups, interviewed an international agtech VC, sat on panels with executives from multinational tech and agribusiness companies, and gave a talk on the future of agriculture to a room full of politicians and bureaucrats.

This kind of flip flopping between the agriculture and consumer sides of the fence is normal for what we do at AgThentic, and I love it. I truly believe in what we do, even when it’s hard.

But the last few weeks have been so jam packed that the differences between what can seem like two worlds were stark. Now that I’ve had some time to reflect (and unpack!), here are a few things that seem worth sharing for other “translators” out there who are also trying to bridge a gap that can sometimes feel more like a chasm. For folks working in agriculture or agtech who are similarly keen to bring these two worlds a bit closer, hopefully there’s something for you in here, too.

Us vs. Them is everywhere

There are a lot of hot topics in agriculture right now, from social license to climate change to technology and disruption. With so much happening, it’s easy to find yourself in a polarized conversation.

For example, producers are worried about the future and sometimes confused about the trends they’re seeing from consumers that don’t seem to be based on science or sense, let alone the realities of farming and supply chains. A favorite example of mine is foods labelled “non-GMO” where a GMO version doesn’t even exist. Talking about these trends inevitably ends up in an us vs. them conversation. The farmers and agriculture industry who are “doing all the work” versus the “ignorant, privileged consumers making all the demands.”

In one workshop we ran, one of the participants, a livestock farmer of about 65, went on a rant about the “vegan millennials who have no clue what they’re talking about and who’ve never worked a day in their lives.” I’m not vegan (though perhaps flexitarian), but it was hard not to feel defensive. We were making what felt like a big effort to spend time in regional communities, invest in getting to know farmers and their challenges, and ultimately help producers to gain access to more and better tools. All while getting told we don’t work hard or give a shit.

I wanted to call him a dinosaur and tell him just how narrow-minded he was being. But that would have made things worse. The only answer was to take a deep breath, listen and ask questions, and try to find common ground. Fortunately, by shifting the conversation toward strategies that producers can use to respond to these pressures, and specific examples of producers already doing this, we were able to make progress and see more eye-to-eye about the different perspectives out there (while also avoiding a shouting match).

This “us vs. them” dynamic is equally apparent, and equally frustrating, on panels and at forums and dinner tables in cities. Whether about farmers “killing the planet” or “abusing their animals,” it’s again a fear-based and highly unproductive conversation. And perhaps even more ironic, in these conversations I often find myself defending producers, explaining the nuances of production challenges and the benefits of agriculture. If only old mate could hear me then!

The us vs. them is not going away. But we can make progress. In fact we have to. Here are a few lessons I’ve learned that can hopefully be helpful to others.

Farming is different to other industries because the personal and professional are so intimately tied together. I have been in and around business owners for much of my life- my parents, my partner’s parents, and now many of my friends, colleagues, and clients. But visiting a farm is very different than visiting an office or factory: you end up staying for dinner or sleeping in a spare room; you meet family members and pets. Farming is a lifestyle, not a job, and it happens 24/7, not 9–5.

It’s an incredible privilege to be welcomed into a farmer’s house and to share a conversation around the kitchen table. For those in the agtech industry, these opportunities are worth seizing- it’s first hand experience of how decisions are made and how business is done. But it also means you need to tread lightly. Agriculture is built on relationships and trust, and these things take time and effort to build. Be patient and make sure to listen. Farmers want to be heard and to show you what they do. Like most of us, they also want to be recognized for their efforts.

Meet people where they are

Spending time immersed in the agriculture industry highlights some very specific differences about how work gets done. In cities, it’s emails, slack messages, calendar invites, and coffee catch ups. But when you’re on the road, on the farm, or generally lacking service, these things are inconvenient or impossible. In ag, business happens over the phone and via text, and often in the evening or while driving.

Spend a day with a farmer, or especially an advisor or consultant, and you’ll witness dozens of phone calls and a constant stream of (short!) texts. It’s how decisions and plans are made.

This has big implications for how agtech companies implement support for their products. In addition to having a local rep who can actually drive out and fix things if needed, your customers need someone to call or text for help. Having a chat bot or support@company.com email is not going to cut it. We need to work harder to meet people where they are.

Show up and ask questions, even stupid ones

Australian’s have some amazing expressions and abbreviations that unfortunately don’t exist in America, but my new favorite is ‘croppie’ (i.e., crop tour). Not only is it fun to drive around, have a beer, and see a farm, but this trip helped me to appreciate how useful this time can be to get insight into how farmers think. It’s a natural and comfortable time to ask things like: what they’re looking for when checking out different paddocks; why they’ve made certain decisions; how things work and how they’ve changed over time; what products they’re using and liking, or not; and what upcoming choices they need to make or challenges they’re facing.

Showing up here is half the battle, but the real challenge is not being afraid to ask questions. Lots of them. Even stupid ones. It may seem obvious, but being genuinely curious is how you learn! It also shows how much you care. And often, by bringing an “outsider” perspective and asking questions that may seem obvious, you’re creating an opportunity for critical thinking and reflection that can lead to new ideas as well as build trust. Many of my farmer hosts have since called to say how much they appreciate us taking the time to come visit, and how our silly questions have helped them to think more deeply about certain issues or practices.

No matter how much you build trust, meet people where they are, and show genuine interest in their world, not everyone is interested in new perspectives or change…and that’s ok. Not everyone in the city wants to hear from farmers about what it’s really like, let alone set foot on a farm. And not every farmer is interested in technologies or willing to change practices.

I faced this challenge head on when I was asked to speak at a field day recently. About 120 farmers were coming into a shed for lunch, and they were hungry, hot, and tired from a morning of crop walks. With very little context, the group was called to look my way and I was handed a microphone and given two minutes to “pitch” the workshop I’d be running the following day. I did my best to find common ground, asking if anyone believes agtech is mostly hype, and explaining that we’d come to this particular area as we’d heard how innovative it is. I might as well have been speaking another language. No one moved, raised their hand, or smiled, let alone approached me after.

We did have a great workshop the next day, but not a single one of those 120 farmers showed up. Later I was given the advice, somewhat in jest, that instead of talking about why I was there, I should have just advertised with “free beer.” While this might have worked, I actually think the challenge was a combination of timing (they were focused on the field day, lunch, and networking), context (they had no idea who I was, and I could have worked harder to build credibility), and market segmentation (they perhaps weren’t our target audience: producers actively looking to engage with agtech).

What I have also come to realize is that to bridge the gap between any two groups that don’t see eye-to-eye, you need to have thick skin. Sometimes we’re going to get blank stares, and not everyone is going to be interested in what we’re doing, no matter how much I refine the messaging. And that’s ok. Diffusion of new ideas and practices happens slowly, and bridging the gap between agriculture and consumers will not happen quickly or painlessly. But there’s too much at stake not to keep trying.

This website uses cookies to improve your experience while you navigate through the website. Out of these, the cookies that are categorized as necessary are stored on your browser as they are essential for the working of basic functionalities of the website. We also use third-party cookies that help us analyze and understand how you use this website. These cookies will be stored in your browser only with your consent. You also have the option to opt-out of these cookies. But opting out of some of these cookies may affect your browsing experience.
Necessary Always Enabled
Necessary cookies are absolutely essential for the website to function properly. This category only includes cookies that ensures basic functionalities and security features of the website. These cookies do not store any personal information.
Non-necessary
Any cookies that may not be particularly necessary for the website to function and is used specifically to collect user personal data via analytics, ads, other embedded contents are termed as non-necessary cookies. It is mandatory to procure user consent prior to running these cookies on your website.
SAVE & ACCEPT
Shopping cart
There are no products in the cart!
Continue shopping
0
Shopping cart close